There’s a reason that so many people write reflective blog entries at the turn of a new year. We find a need for closure at the end of the old year, to prove to ourselves that it wasn’t wasted, to show the world our accomplishments and failures. As I thought about why I see a flood of entries at this time of year, I realized that I wanted to write one too.

I don’t think I’ve ever had a year that brought as much action as 2012 did.

I had moved to San Francisco towards the end of 2011, and promptly neglected to settle in at all. In 2012, I turned my awesome apartment into a home and made the big step into adulthood: buying non-Ikea furniture. I got to know San Francisco, with its great architecture, historic streetcars, sub-optimal coffee (sorry, Seattleite here), and most importantly, amazing friends.

Work-wise, 2012 really brought it. I took every opportunity to practice and hone my presentation skills – and thanks to excellent coaching and advice, I think they’ve come a long way. One might think that presenting at Google I/O was the pinnacle of my 2012 presentations, but I think that my keynote at the Anita Borg Scholarship retreat showcased all of the lessons I’ve learned the best.

2012 was fantastic for the family time. Living across the country from my nuclear family means that we rely more upon Hangouts and phone calls, but I was able to see them more than four times this past year! I can’t wait to have them all out to visit in Seattle (too bad the pup can’t join). 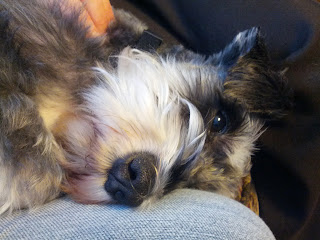 Moving to a new city and starting a new job is never a recipe for instant success. I was far more reclusive than I would have liked, and discovered that I had absolutely no idea how to meet new people. It took way too long to gear up and head out. I spent far too much time homesick for my Seattle – and its good coffee. 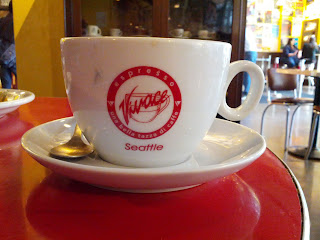 I had a host of projects on the TODO list, precisely zero of which I finished. Barring taking an Ancient Greek history course and brushing up my iOS skills, 2012 was light on the enrichment. On the whole, I slacked off and caught up on trashy television.

Making big changes in your life never comes without consequences. I fully acknowledge that 2012 was a year I invested everything I had in work, sometimes at the expense of my relationships. In some cases, there’s nothing I can do now, but I’m going to do my damnedest to not neglect the people who mean so much to me. Happiness is so much more meaningful with company.