My first job as a software engineer nearly drove me out of the field forever.

Many efforts focus on keeping girls and women interested in technology from elementary school through 4-year computer science programs in order to “fill the pipeline” with qualified female engineers. My all-women’s education never dissuaded me from pursuing computer science, but that’s the exception to the norm. Education is but a sliver of a woman’s career.

However, what happens after those women graduate and get their first job? What happens to those women in the pipeline? As Julie Pagano candidly states:

I’d like to talk about one such meat grinder. 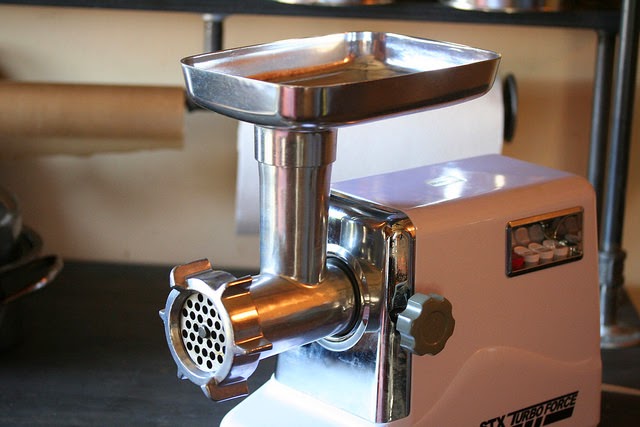 Meat grinder, not for people

My first job out of undergrad was as a software engineer at a major company. When I joined, my immediate team was approximately 15-20 people, all of whom were male. Oddly enough, coming from the women-only environment of Bryn Mawr College, it took me about a month to realize that I was the only woman on the team.

There were the usual aggressions/microaggressions that women encounter in the workplace: being talked over, having ideas appropriated by my male colleagues, my male colleagues assuming that I’d take notes and other do housekeeping work, etc… But that’s not what made it so toxic an environment that I decided to leave the industry. 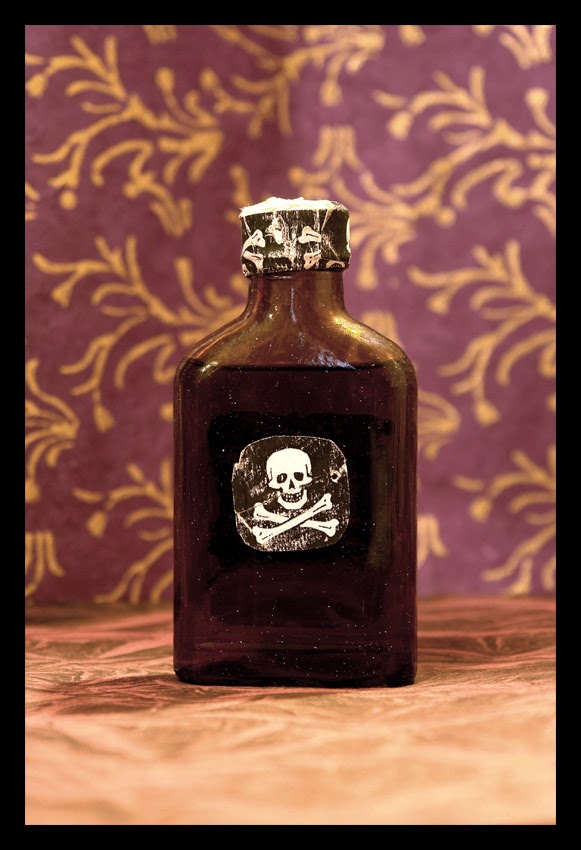 Poison, also hopefully not for people

I’ve talked about a few of these experiences briefly in my Velocity talk, The W’s of Diversity, to illustrate various points, but I think it’s time to spell them out clearly. So here’s what made me decide that the toxicity of my workplace wasn’t worth the golden handcuffs and sent me running back to academia.

I’ve told very few people about The Tickler. It’s not a pleasant memory for me; it’s the sort of thing that shouldn’t be a part of anyone’s professional experience. One of my peers decided that it would be oh-so-funny to sneak up behind me, grab me around the waist, and tickle me.

The Tickler laughed every time I told him to stop; he saw my right over my own body as laughable. His desire for amusement outweighed my need to feel secure in my work environment. My colleagues were sometimes present during these incidents, but no one intervened, or spoke up on my behalf.

My conversations with the management chain were equally disheartening as the inaction of my colleagues. They explained it away with goodnatured teasing, team camaraderie, and warned me about ostracizing myself from the group. After all, my gender already created a wall between me and the team, and I didn’t want to make that worse! After multiple complaints, they said that there was no way to verify my “claims” and dropped it.

Remember women, your word is only worth something if a man backs you up

Unlike the accounting about The Tickler, this is something I tell people whenever they say that sexism in tech is largely exaggerated. It’s less personal, and makes people (including me) less uncomfortable when I recount it. It does, however, quite literally illustrate the point.

My team had weekly meetings, during which we occasionally had brown-bags. If I recall correctly, this particular one was on security. The brown bag was informative, relevant, and succinct – everything you want to give developers a high level overview of a topic, until we got to the last few slides.

Staring at us were explicit images, embedded right in the slide deck. As the only woman on the team, everyone looked at me to see how I’d react. To be honest, I had no idea how to react. It made me uncomfortable, but I wasn’t the only one who felt that way. There were other developers on the team who also found it inappropriate, but who similarly had no idea how to react. 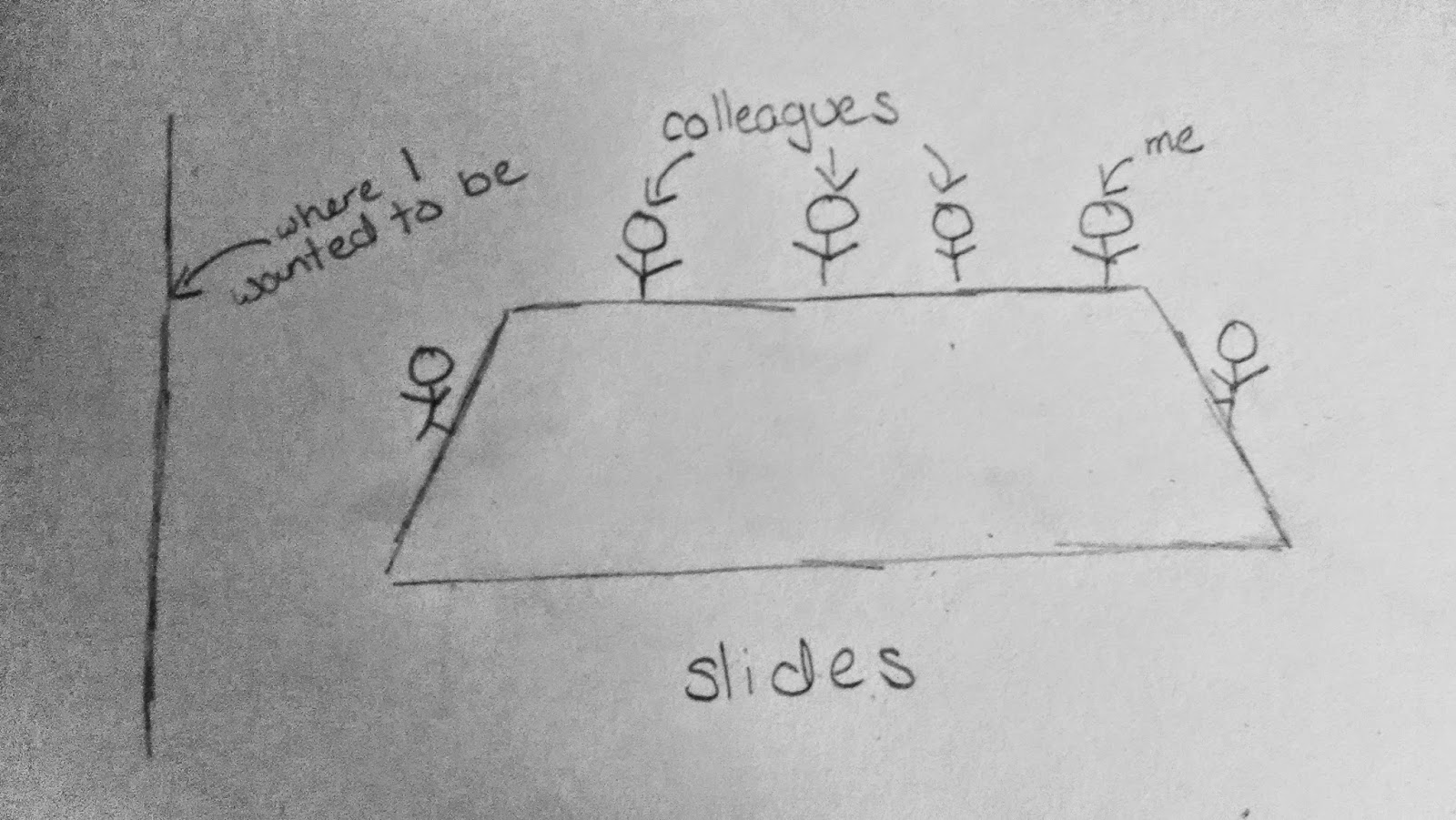 You can’t see it, but this is when all eyes turned to me

I gave it a shot. I brought it up to my manager, who defended it by saying that was on topic with the brown bag. My argument that the same point could have been made without an accompanying image was dismissed it with the classic “you’re being too sensitive”. I persisted through the management chain, who defended the entire slide deck by saying that the presenter didn’t even create it – someone else did, and it had been presented at various meetings around the company!

Technically brilliant, my manager had been with the company for as long as anyone could remember. As happens so often in the industry, technical talent is assumed to extend to managerial capabilities. This particular manager and I had a number of encounters, where he demonstrated behavior that violated any number of HR guidelines, a lack of sensitivity or tact, and a healthy disregard for common sense.

My favorite, due to its sheer absurdity, was during our yearly performance review. Ideally, it’s where we discussed career trajectory, ways to improve, and any problem areas. At the end of what wasn’t a very helpful meeting, I made a feeble attempt at small talk, mentioning that I intended to get a new laptop soon. I hated glossy screens, so I hoped to avoid that. He stared at me blankly, and said:

“But you’re a girl. Why would that be a bad thing?”

I asked him to clarify, not understanding.

“Well, all girls like looking at their reflections. So a glossy screen would be a good thing for you!”

Really, the octopus had the right idea

I doubt I said anything; I had learned my lesson from interacting with the management chain. I started planning my exit shortly afterwards.

That was the meat grinder that I walked straight into after arriving optimistic and excited.

Unfortunately, I have more of these stories. Most of them are along similar lines, some are much worse. Some I’m still worried about telling for fear of legal retaliation. I never had the chance to tell them to HR, because they declined to give me an exit interview.

Those experiences shape my view of software engineering and tech culture, to this day. They took a lot of the joy out of coding. I learned what people should never be expected to tolerate, and how to identify gaslighting and discrimination. I learned a lot about my own limits, that I enforce to this day.

I’ve started, deleted, and re-written this more times than I care to admit. I wondered if talking about my first experiences as a developer would kill my career, whether it would turn me into a target, and how it would affect my relationships with colleagues. There’s no benefit to me in speaking out about these experiences, but it’s important to break the culture of silence that permeates our industry.

A new developer’s (especially a junior dev’s) first run experience within a job are the ones they’re going to remember for the years to come. The gravity of that responsibility should be treated with respect. Given that women in tech leave the field in droves, it’s clear that as a whole, the industry doesn’t give enough thought to the first impression that it has on developers entering the field.

So, before we congratulate ourselves for filling the “pipeline” with diverse candidates, let’s ask ourselves what they’re going to face in the workplaces we’ve created.