In the last few entries on creating a containerized Minecraft server, we created the container, launched the server, moved data to a volume, created regular backups of our world, took a look at customizing the server’s properties, and updated changes to the container. Right now, our setup is pretty solid! So, let’s get to that fun and impractical thing I mentioned that we’d be doing with Kubernetes. 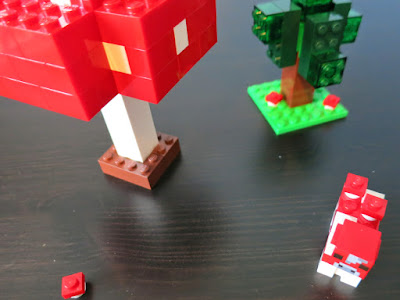 Lego® representation of a Minecraft mooshroom in a mushroom biome

What we want to build#

This has been something that I’ve wanted to build for a while now, especially as I’ve become bored with my existing world(s). I thought that it would be awesome to create a way to join a random Minecraft world, with different players and different seeds. For obvious reasons, I’ve nicknamed this concept Minecraft Roulette.

So, what does this entail?

From the user’s side of things, they should simply access their server the same way as always: through their client. However, with Minecraft Roulette, this will instead drop the user into a random world (of say, three possible worlds), with different resources and levels. The trick is that the user will simply be able to fire up the client and use the same server entry as before to join the server.

Now, if you’ve ever tried to join a server with mismatched mods, you’ll know that the client really hates that. So, for ease of use reasons, we’ll impose the restriction that all servers should be running the same set of mods (though it would be really cool if we could join arbitrary servers with arbitrary mod packs and have it just work).

How are we going to do this? Well, we already have the Minecraft container, updated with our preferences, and with externalized storage. So all we need is a way to orchestrate the different components, and Kubernetes (often abbreviated as k8s) is a perfect fit.

Kubernetes is an open source container cluster manager (disclosure: started at Google, but is now owned by the Cloud Native Computing Foundation). Given a set of containers and declarations, Kubernetes will schedule the containers on nodes in a cluster to fulfill the desired state. Additionally, it will ensure that the cluster continues to meet the desired state, and that means that it takes responsibility for healing the cluster in the event of failure.

We’ll be using Kubernetes with Google Compute Engine, but Kubernetes also works with other environments such as Azure, Rackspace, and AWS, to name a few.

Getting started with Kubernetes#

First off, we need to set up Kubernetes. Now, there are two separate entry points when learning about Kubernetes:

While it’s worthwhile to dig through the contributor documentation, and if you’re curious about the technical underpinnings behind Kubernetes it’s definitely the way to go, for our purposes we actually will be just fine referencing the user documentation alone.

Before we install Kubernetes locally, we need to update gcloud and confirm that we’ve set our default project ID:

If it’s not set, go ahead and set it:

Now, we can proceed to set up Kubernetes. First, we need to get the latest release version (as of writing this entry, the release is v1.0.6) and extract it:

Test with a cluster#

It’s easy to start up a cluster with Kubernetes using built-in scripts:

To do fun stuff with it, we need to use the Kubernetes command line tool, kubectl. kubectl lets us interact with the Kubernetes API server to manage our cluster. There are different versions of kubectl for different platforms, and they’re located in kubernetes/platforms. (You may want to alias the version of kubectl relevant to your system so that you can operate, path-free.)

Okay, we have a running cluster. We can verify this in a few different ways.

Screenshot of the Kubernetes UI

I know what you’re thinking: “that’s it?” Well, yes and no. Our cluster is running, but we’re not actually running anything besides some housekeeping systems. We can verify that by introspecting into the cluster:

How do we orchestrate our containerized Minecraft servers on this cluster, now that it’s running?

Defining the components of Minecraft Roulette#

Let’s think about it for a minute. Breaking it down, we don’t actually need very much for this to work. We need a bunch of Minecraft servers up and running, and a single point of entry for players. These servers must operate with the same sets of mods and run the same version of Minecraft, but use a different seed and have different player data (okay, having a different seed isn’t actually a requirement, but as we’re not presetting it, it likely will be different).

We will have a fairly simple pod. We’ll have one container in our pod: the Minecraft server. To define the pod, we specify it in minecraft-server.yaml:

This shouldn’t look too outlandish; in fact, we can tie most everything in the yaml file back to our docker run command:

Now, we can create the pod using kubectl:

We’ll see very little output here, but we can verify that the pod is being created / running by getting the current set of pods:

We can find out on which node the pod is running by describing it:

We can see the node name, and find out the external IP to test if we can connect with the Minecraft client:

Now, if we try to connect with the client, we’ll be dropped into the world. However, that’s not fully the experience we want. So next, we’ll create a service that acts as a load balancer across all the minecraft-server pods.

Services are a concept in Kubernetes that enables us to address a group of pods at once. That’s pretty much it. How does it determine which pods to address? By using the label that we defined in the pod specification above. Using this label selector, we can target any number of pods simultaneously while still allowing flexibility; we can compose labels in order to form complex queries on the pods in our Kubernetes cluster.

While we can use services for any number of purposes, for Minecraft Roulette our service will act as a load balancer. This service definition looks much like pod definition. Let’s create the minecraft-service.yaml spec:

Like before, we can query the services on the cluster:

It may take a minute, but we should see two IPs under the minecraft-lb entry: one is the internal IP and the other is the publicly addressable IP address.

That second IP address is what we can put into our Minecraft client to join a world. Try it out – but remember to keep the port!

Increasing the number of worlds with a replication controller#

However, right now it’s a roulette of one, as we only have one pod running. Let’s change that!

To do that, we’ll need another Kubernetes concept: the replication controller. It does exactly what it sounds like; it controls how many replicas of a given pod are running at the same time. We can think of it as an infinite loop that keeps checking to make sure that there are the specified number of replicas running, and if there are too many or too few, it will kill or create pods to make sure expectation matches reality.

Example animation of of a replication controller cycle

To create our replication controller, we need to specify a few things: how many replicas of the minecraft server pod it should keep running, the selector, and the template of the pod. A good question to ask here is “didn’t we already create the pod template in minecraft-server.yaml?” Well, yes, we did. There’s an open issue to be able to reference external pod definitions, but for now we’ll have to merge the replication controller and pod definitions.

Then, create minecraft-rc.yaml and define the replication controller as having three replicas, and the same pod definition from above:

Once that’s saved, tell kubectl to enact it:

Behind the scenes, the requisite number of pods are being started by the replication controller, and we can verify that:

Now we have not one, but three pods behind that load balancer. Incoming requests will be distributed to one of the three pods monitored and maintained by the replication controller that we just created.

We have the IP address of the load balancer in our Minecraft client from the services section, so it’s all set and ready to go. Try joining several times; we should see different worlds every once in a while. Note: we may see the same world in a row, even though three different worlds are running. 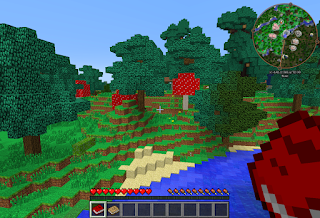 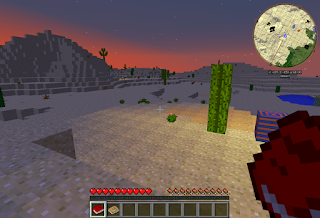 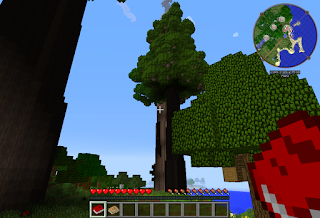 Killing off a pod#

As we stated above, the replication controller ensures that we always have three minecraft-server pods running, but let’s see it in action. Try killing a pod with kubectl:

Now if we query the current pods, we get:

We can see that the first pod in the list has only just been started by the replication controller in order to make sure that we have three pods running.

Scaling up and down#

Let’s say that Minecraft Roulette is astonishingly popular, but people are complaining about the limited number of worlds they can join. How do we scale it up to have more worlds? We have a couple of options. We can update minecraft-rc.yaml and do a kubectl rolling-update, or we can just use kubectl:

Basically, the kubectl scale command takes any actions necessary – creating or deleting – to scale up or down.

Whew! While this may have seemed like a lot, our end result was two yaml files, a bunch of kubectl commands, and a fully functional Minecraft Roulette cluster. Let’s recap everything we did in this series: 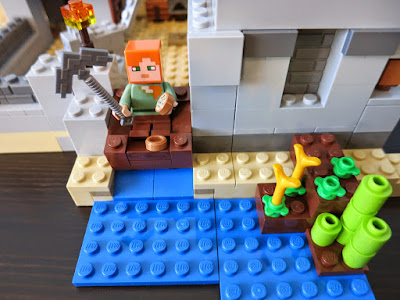 Lego® Minecraft player eating cookies in a boat, for some reason

That just about wraps up this series. I’m going to return to playing Minecraft for fun!