All Things Open is a conference dedicated to open source tech and practices. Although ostensibly focused on tech in the enterprise, many of the talks applied to non-enterprise audiences as well. It’s a multi-multi-multi-track conference, with 4000+ attendees, held in Raleigh, NC. I hadn’t attended before, and since I live so close now, I decided to go!

I’m all for the hallway track, but I was determined to make it to at least some sessions each day.

I registered for Inclusion Day on Sunday, which was a first time occurrence for this conference. Like many events focused around inclusion, this one struggled to expand their definition of inclusion to more than just the inclusion of women. However, a few of the speakers did take a more intersectional approach. Dr. Rochelle Newton, in particular, really knocked it out of the park.

Dr. Newton highlighted that the pay gap, which is already bad for women, is even worse for people of color; women of color are penalized twice. Did you know that there are more companies led by a dude named “John” than led by women? The tendency to hire “people who look like you” has a name: homosocial reproduction, and we need to fight that inclination when building teams.

Most of the keynotes were really good! Some highlights:

Una Kravets talked about design in open source. (Live tweet feed.) Most people think of UX in terms of visual design and end-user experience, whereas in open source, good design can make a meh developer experience great. (Good) design codifies empathy for the user into the open source project itself.

Henry Zhu gave a super thoughtful, introspective keynote about being a maintainer in open source, and modeling behavior. He talked about the parent-child relationship, how children echo what they are taught, not what they’re told – and that applies to the maintainer-contributor relationship, too. 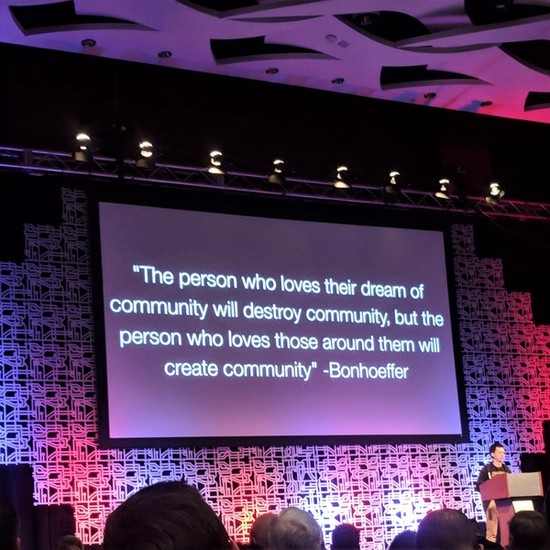 Henry Zhu presenting his keynote at All Things Open

I managed to go to a good number of talks over the two days, which is a nice change for me (chalk it up to not giving a talk).

Joe Gregorio gave a fascinating talk on using machine learning on the continuous integration data for Skia! (Live tweet feed.) They use a pretty simple clustering algorithm (k-means) to detect issues and regressions from their tests without having to look at all the results. There are magic numbers, which is common for clustering algorithms, that need to be fine tuned for different projects, or as the test suite changes.

VM Brasseur’s talk on open sourcing internal projects echoes much of the guidance we give people who are considering open sourcing a project, internal or not! (Live tweet feed.) She addressed lots of different issues from “should you open source this project in the first place?” to “yo, put license headers on every file”. That latter one was a surprise to many. Good question from the audience: “Can you prevent people from using your software for ‘bad’ purposes?” Answer: “Not and remain open source. You can publicly denounce them though, and say you don’t condone what they’re doing.” 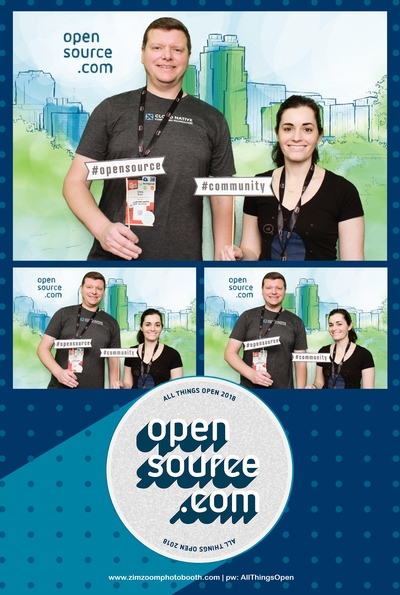 I’m kind of in the camp that industry conferences are first and foremost an excuse for people to meet each other or catch up, and whatever knowledge is transmitted in sessions is a bonus. All Things Open was no exception. It was fantastic to put faces to names and meet so many new people in the open source community! (And distribute some stickers.) I hope to keep the conversation going.